Are you a DIY enthusiast who would like to handle some things yourself? Maybe your car has been giving you alternator problem and you will like to be able to test it yourself.

You are in luck, as this article gives you practical tips and acts as a guide for you on how to test an alternator.

What Is an Alternator?

Most people confuse a car alternator with the car battery but the truth is that they are different. While the battery does provide electricity for the car’s electrical system, without the alternator to replenish its electric charge, it will run out and die in no time at all.

The alternator is, thus, a very vital component of the car as it converts the engine’s mechanical energy into electrical energy. An alternator is usually located near the front of a vehicle. A lot of vehicles have their alternator mounted to a specific region of the engine via a bracket.

This component generates electricity by means of electromagnetism and is so named because it generates alternating current.

Why Test an Alternator

You should test your alternator so as to know whether it is in perfect working condition or not. This helps you avoid unpleasant circumstances. For instance, imagine driving along a lonely road on a snowy winter night and your car battery fails. Probably due to the alternator having failed and not being able to recharge the battery.

Such inconveniences are definitely things you would wish to avoid which is the reason why you should test your alternator when you feel like it has a problem or when you see a sign of a developing fault.

The following are the reasons why an alternator might fail:

If any of these becomes faulty, your alternator will not be able to work efficiently again which will lead to it failing and you being at risk of a major inconvenience.

Tools for Testing an Alternator

There are two tools that can be used to test an alternator. One is the battery and charging system tester while the other is the voltmeter. 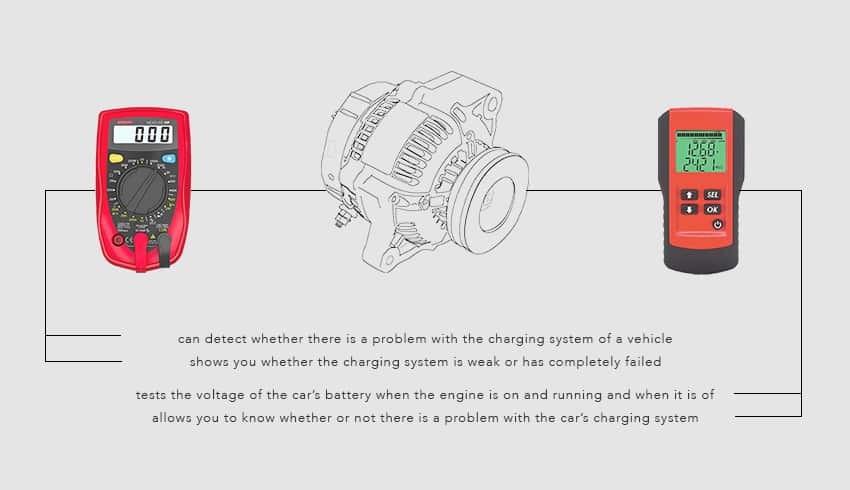 The voltmeter, on the other hand, tests the voltage of the car’s battery when the engine is on and running and when it is of. This allows you to know whether or not there is a problem with the car’s charging system. The voltmeter test is also known as the load test.

The following are concrete tips and steps on how to test a car alternator using a voltmeter:

If the voltmeter registers a voltage of about 14 volts, your vehicle’s alternative is fine. If on the other hand, the voltage registered is less than 12, you may have a problem on your hands. 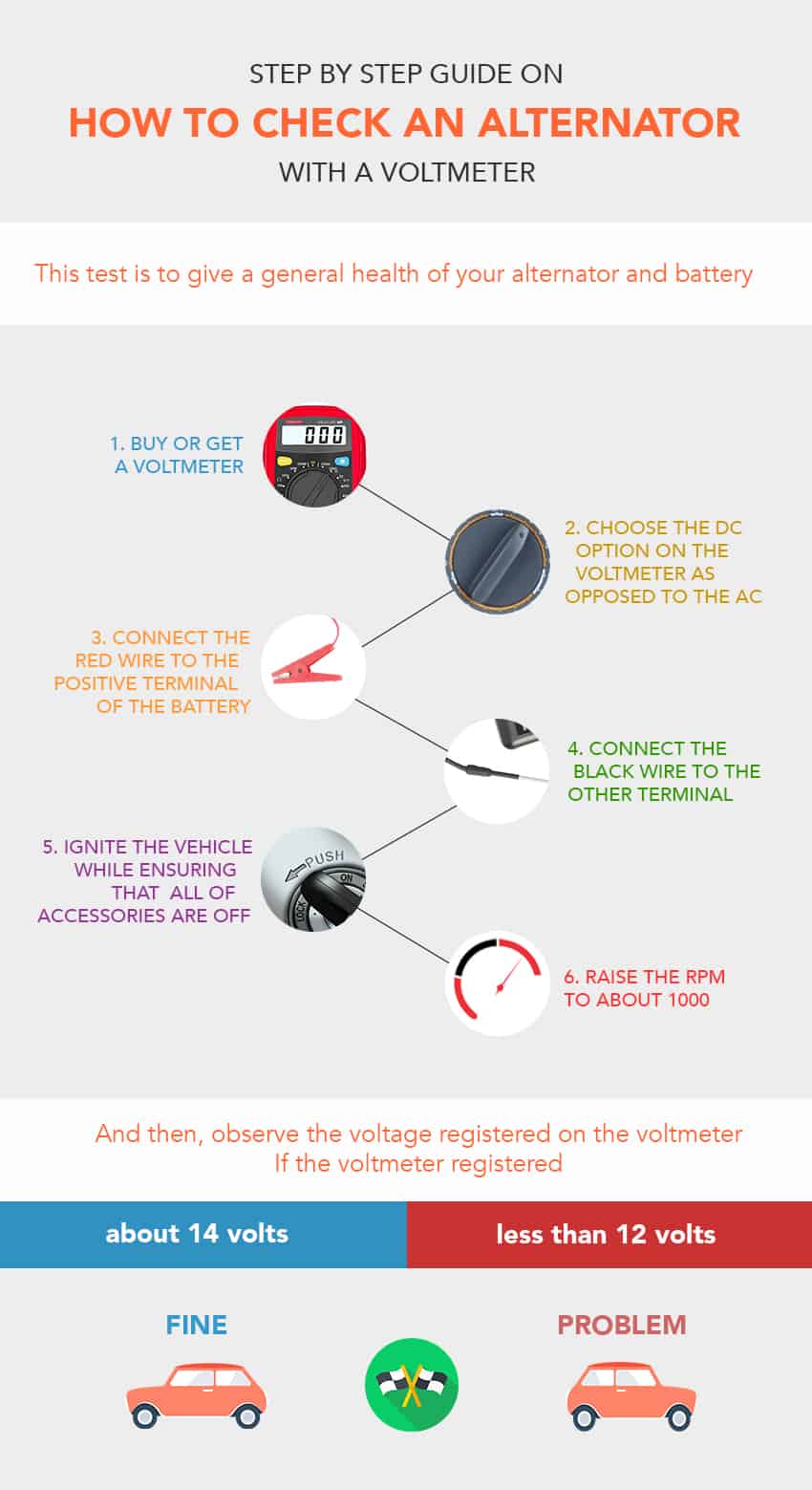 After reading the registered voltage:

If again the voltmeter shows a reading of about 14 volts, then, your car is safe. Anything below 12 volts and you should start considering getting a new alternator or rebuilding the one you have.

This translates to a fault with the alternator or battery.

Having a bad battery or bad alternator can be really vexing especially if you can’t tell which one it is. The following will help you figure out whether your car has a battery problem or an alternator problem.

When the following happens, you definitely have a bad battery:

The following point to a bad alternator:

Bonus: How to change spark plugs? Easy Steps and Tips