OBD scan tools are devices that make diagnosing system malfunctions and other issues within your car a lot easier. Without them, it is much harder to know what’s wrong with your car. Mechanics and DIY repairmen alike use these devices to diagnose car problems. There are two main types of OBD scanners on the market: OBD1 and OBD2 scanners.

Here’s the difference between the two

OBD stands for on-board diagnostic and is an onboard computer system. With OBD diagnostic tools, mechanics can easily scan the OBD system within vehicles and easily diagnose malfunctions within multiple vehicle processes. From 1988 onward, all cars have some sort of OBD feature.

OBD systems can monitor a range of car processes, depending on the age of the vehicle you own. Cars manufactured from 1988 through 1996 typically have OBD I, and cars made in 1996 or newer feature OBD II systems.

What Is The Difference Between OBD1 And OBD2? 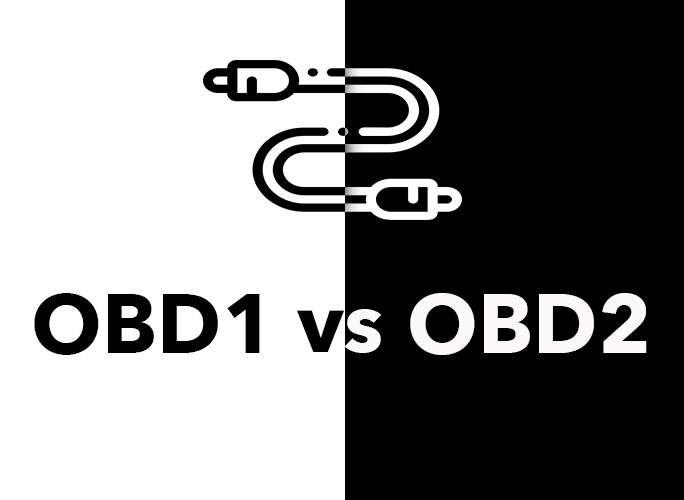 The main difference between OBD1 and OBD2 is that OBD2 systems provide better and more standardized vehicle protocols and system checks. OBD1 systems are less comprehensive, though they can still read a number of trouble codes that help diagnose malfunctions in multiple car processes. 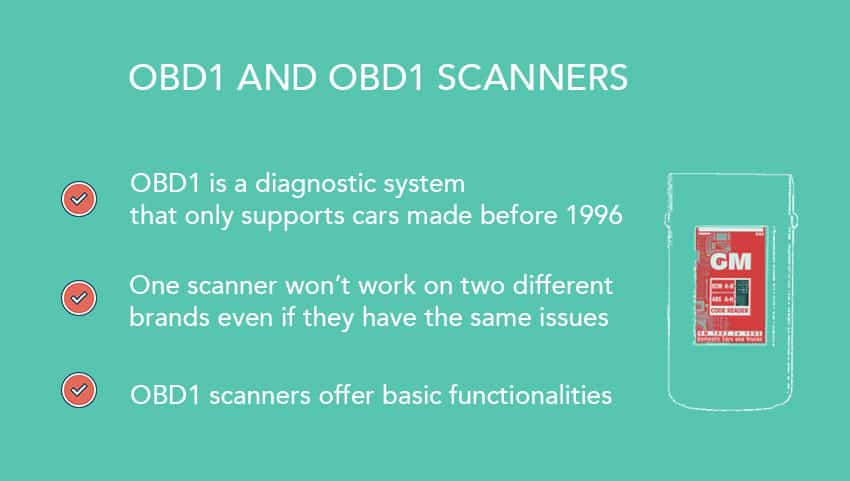 OBD1 is a diagnostic system that supports cars made between 1988 and 1996. The downside of these scanners is that they are manufacturer-specific. One scanner won’t work on two different brands even if they have the same issues. For example, an OBD1 scanner for Toyota won’t work for Ford.

However, these messages only contain basic information. They only inform of the problem with no details of where the problem actually is. But they do have their benefits. They can enhance the engine’s life 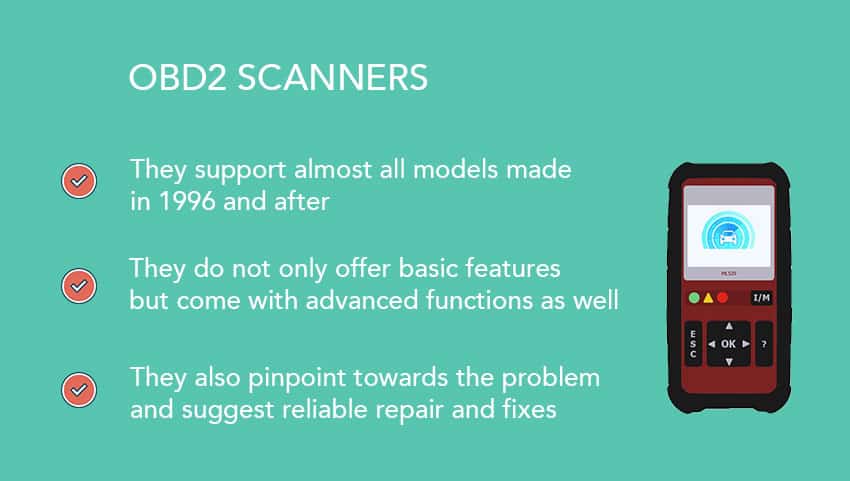 OBD2 scanners support almost all models made in 1996 and after including a limited number of hybrid and electric vehicles.

They do not only offer basic features but come with advanced functions as well, based on which OBD2 scanner you purchase.

OBD2 scanners can perform and provide:

Some advanced features they offer include:

Moreover, OBD2 scanners provide great customization and can also let you view data in graphical forms. They also pinpoint towards the problem and suggest reliable repair and fixes, unlike OBD1 scanners.

OBD1 vs OBD2: How To Tell If Your Vehicle is OBD1 or OBD2 Compatible 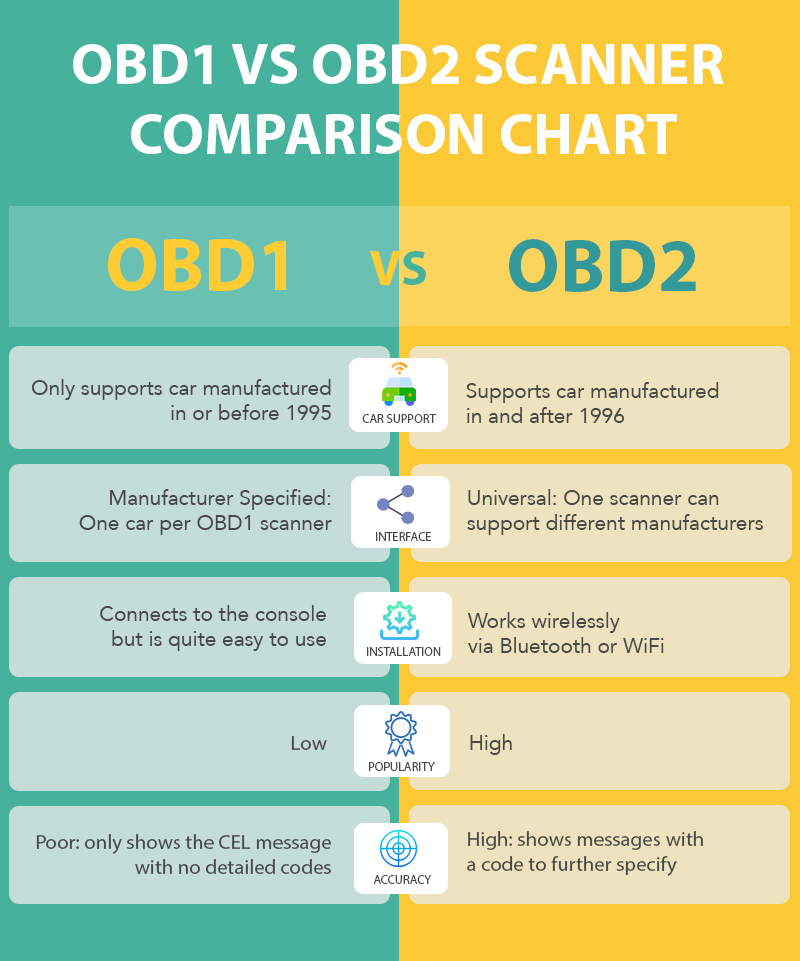 OBD1 vs OBD2 Scanner: Which One Should I Buy?

If compatible with your car, OBD2 scanners are the better choice. If your car does not support OBD2, there are still some great OBD1 scanners on the market. Plus, to get the functionalities of an OBD2 scanner, look into an OBD1+OBD2 scanner that supports both older and newer cars.

When To Buy An OBD1 Scanner

If you own an older car manufactured before 1996, you’ll likely need an OBD1 scanner.

Although OBD1 scanners do not offer advanced functionalities, there are several great scanners on the market that provide accurate, reliable information about your ABS, SRS, transmission, and engine systems. Here are our favorite OBD1 tools currently on the market (2022).

When To Buy An OBD2 Scanner

Car owners with vehicles made in 1996 and years after can go for OBD2 scanners.Here are our favorite OBD2 scan tools of 2022..

If you want to be a pro at solving car problems, then we recommend an OBD2 scanner that can offer both basic and advanced functions. Some advanced scanners are suitable even for professional mechanics.

Typically, OBD2 scanners are not compatible with OBD1 cars even with connectors or adapters, though hybrid scanners do exist. If you have an OBD1 vehicle, look for an OBD1 scanner, or an OBD2 scanner with OBD1 functions.

Put simply, if your car was manufactured before 1996, it is likely OBD1. Vehicles manufactured 1996 or newer are typically OBD2 cars.

What Year Did OBD1 Start?

OBD1 first started in 1988, when OBD became standardized throughout the automotive industry. The true start of OBD came 20 years earlier, however, when Volkswagen came up with the OBD diagnostic scanning system.